Acts Of War: A Novel of Police Terror (Paperback) 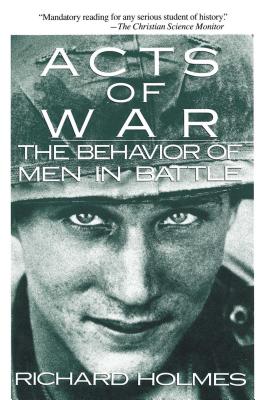 Through interviews, historical accounts, and numerous years of research, Richard Holmes examines the behavior of men in battle through the course of war.

In this compelling attempt to explain the nature of war, the experience of a soldier during the days of battle is revealed. Acts of War takes readers through a soldier’s experience from beginning to end—starting with the tribulations of basic training to the terror and exhaustion of battle.

“Brilliant, totally fascinating… This compelling, forceful volume is a monumental addition to the study of war and its impact on the men who fight the battles.” – John G. Barrett, Dallas Times-Herald

Richard Holmes is Consultant Historian to the British Army Staff College. Educated at the universities of Cambridge, Reading, and Northern Illinois, he taught at England’s Royal Military Academy, Sandhurst, from 1969 to 1986. He lives in Ropley, England, with his wife and two daughters.