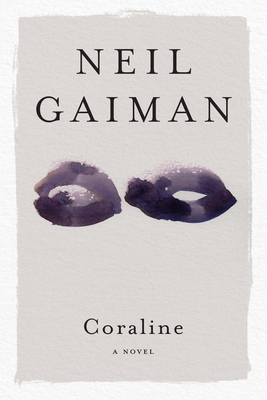 From #1 New York Times bestselling author Neil Gaiman, a critically acclaimed novel for readers of all ages in which a young girl discovers a passage to a world eerily similar yet darkly different from her own―one of ten classic Gaiman works repackaged with elegant original watercolor art by acclaimed artist Henry Sene Yee

“One of the most truly frightening books ever written.”―New York Times

While exploring her new home, a young girl named Coraline unlocks a door to reveal a hidden passage. Intrigued, she ventures deep into a mysterious mirror realm, a world eerily similar yet darkly different from her own. Before long, the miraculous turns sinister, and Coraline must use her wits and courage to save herself―and the other trapped souls she finds along the way.

Filled with enchantments and terrors alike, this winner of the Hugo, Nebula, and Bram Stoker Awards is a dazzling feat of imagination from a modern literary master.

“Not since four English schoolchildren walked through a wardrobe and discovered the magical land of Narnia has the simple act of opening a door unlocked such a fantastic journey. And not since Alice tumbled down the rabbit hole has that journey been so splendidly strange and frightening . . . . You don’t have to be a kid to appreciate the spell Gaiman casts in the suspenseful Coraline. Walk through the door and you’ll believe in love, magic and the power of good over evil.”
— USA Today

“This book tells a fascinating and disturbing story that frightened me nearly to death. Unless you want to find yourself hiding under your bed, with your thumb in your mouth, trembling with fear and making terrible noises, I suggest that you step very slowly away from this book and go find another source of amusement, such as investigating an unsolved crime or making a small animal out of yarn.”
— Lemony Snicket

“Rise to your feet and applaud: Coraline is the real thing.”
— Philip Pullman, author of His Dark Materials

“This book will send a shiver down your spine, out through your shoes, and into a taxi to the airport. It has the delicate horror of the finest fairy tales, and it is a masterpiece.”
— Terry Pratchett

“This book tells a fascinating and disturbing story that frightened me nearly to death.”
— Lemony Snicket

“You don’t have to be a kid to appreciate the spell Gaiman casts in the suspenseful Coraline. Walk through the door and you’ll believe in love, magic and the power of good over evil.”
— USA Today

“I think this book will nudge Alice in Wonderland out of its niche at last. It is the most splendidly original, weird, and frightening book I have read, and yet full of things children will love.”
— Diana Wynne Jones

“A deliciously scary book. The magical elements are surprising and new, and the evil that she has to fight is disturbing in ways that matter.”
— Orson Scott Card