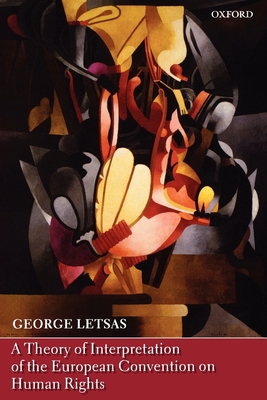 Recent developments have raised important jurisprudential issues in relation to the interpretation of the European Convention on Human Rights which point to the relationship between the two foundational principles of a supranational human rights system: state sovereignty on one hand and the
universality of human rights on the other. This book analyzes the idea that creative interpretation and choice in interpretation amounts, by default, to illegitimate discretion and is used to wave the flag of judicial self-restraint. It balances this against the inconsistency or lack of clarity in
the methods used by the Court, most notably the margin of appreciation doctrine, and looks at the criticism often leveled at the Court that its use of the doctrine masks the real basis for its decisions. The cases that have been coming before the European Court of Human Rights in recent years pose serious interpretive challenges. Does the right to life under art. 2 ECHR include the right to terminate one's life? Does the right to private life under article 8 ECHR include the right to sleep at night
free from airplane noise? Does the right to property under art. 1 Protocol 1 ECHR entitle the former King of Greece to claim compensation for the expropriation of royal property, following a referendum? Do homosexual couples have a right to adopt under art. 8 ECHR? This book argues that how law
should be interpreted, and what legal rights individuals have, are important questions of political morality that are both capable, and in need of, principled justification.

George Letsas is Lecturer in Law at University College London