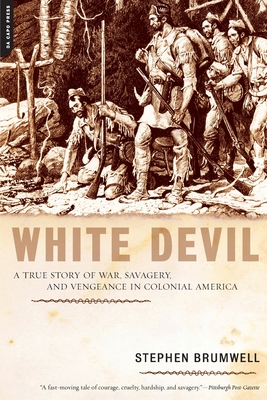 "A fast-moving tale of courage, cruelty, hardship, and savagery."--Pittsburgh Post-Gazette

In North America's first major conflict, known today as the French and Indian War, France and England--both in alliance with Native American tribes--fought each other in a series of bloody battles and terrifying raids. No confrontation was more brutal and notorious than the massacre of the British garrison of Fort William Henry--an incident memorably depicted in James Fenimore Cooper's The Last of the Mohicans. That atrocity stoked calls for revenge, and the tough young Major Robert Rogers and his "Rangers" were ordered north into enemy territory to exact it.
On the morning of October 4, 1759, Rogers and his men surprised the Abenaki Indian village of St. Francis, slaughtering its sleeping inhabitants without mercy. A nightmarish retreat followed. When, after terrible hardships, the raiders finally returned to safety, they were hailed as heroes by the colonists, and their leader was immortalized as "the brave Major Rogers." But the Abenakis remembered Rogers differently: To them he was Wobomagonda--"White Devil."

Stephen Brumwell is a well-known expert on the British army in eighteenth-century America, and the author of Redcoats. He lives in the Netherlands.