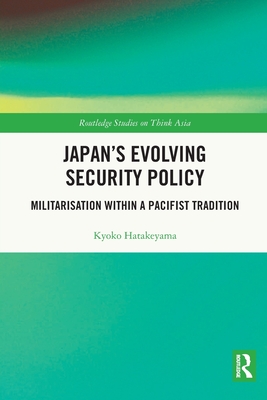 Japan has been expanding its military roles in the post-Cold War period. This book analyses the shift in Japan's security policy by examining the collective ideas of political parties and the effect of an international norm.

Starting with the analysis of the collective ideas held by political parties, this book delves into factors overlooked in existing literature, including the effects of domestic and international norms, as well as how an international norm is localised when a conflicting domestic norm already exists. The argument held throughout is that these factors play a primary role in framing Japan's security policy. Overall, three security areas are studied: Japan's arms trade ban policy, Japan's participation in United Nations Peacekeeping Operations, and Japan's enlarged military roles in international security. Close examination demonstrates that the weakening presence of the left since the mid-1990s and the localisation of an international norm encouraged Japan to broaden its military role. Providing a comprehensive picture of Japan's evolving security policy, this book asserts that shifts have occurred in ways that do not violate the pacifist domestic norm.