Black Death at the Golden Gate: The Race to Save America from the Bubonic Plague (Hardcover) 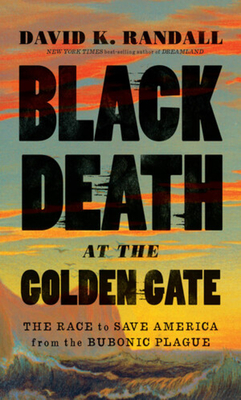 A spine-chilling saga of virulent racism, human folly, and the ultimate triumph of scientific progress.

For Chinese immigrant Wong Chut King, surviving in San Francisco meant a life in the shadows. His passing on March 6, 1900, would have been unremarkable if a city health officer hadn’t noticed a swollen black lymph node on his groin—a sign of bubonic plague. Empowered by racist pseudoscience, officials rushed to quarantine Chinatown while doctors examined Wong’s tissue for telltale bacteria. If the devastating disease was not contained, San Francisco would become the American epicenter of an outbreak that had already claimed ten million lives worldwide.

To local press, railroad barons, and elected officials, such a possibility was inconceivable—or inconvenient. As they mounted a cover-up to obscure the threat, ending the career of one of the most brilliant scientists in the nation in the process, it fell to federal health officer Rupert Blue to save a city that refused to be rescued. Spearheading a relentless crusade for sanitation, Blue and his men patrolled the squalid streets of fast-growing San Francisco, examined gory black buboes, and dissected diseased rats that put the fate of the entire country at risk.

In the tradition of Erik Larson and Steven Johnson, Randall spins a spellbinding account of Blue’s race to understand the disease and contain its spread—the only hope of saving San Francisco, and the nation, from a gruesome fate.

David K. Randall is a senior reporter at Reuter’s. He is the New York Times best-selling author of Dreamland, The King and Queen of Malibu, and Black Death at the Golden Gate. He lives in Montclair, New Jersey.

A vivid, fast-paced and at times revolting history of the plague in San Francisco at the turn of the century. [Randall] describes in chilling detail how the disease can overwhelm the human body... The book unfolds like a medical thriller... With the latest upsurge in measles cases making the headlines, Mr. Randall's book is a timely reminder that public health challenges responsible for killing tens of millions of people world-wide are not confined to the past.
— Wall Street Journal

A medical detective story... A mash-up of Erik Larson and Richard Preston... Randall is one of these writers who can take primary research—historical primary research—and just turn it into narrative.
— Tina Jordan - New York Times Book Review Podcast

David K. Randall has created a meticulously researched history that unfolds like a thriller. I raced through this book in two days (horribly, the span of time it took bubonic plague to fell a victim). The unlikely heroes—bacteriologists and public health officers with long, flowing beards—battle villains most vile: racism, rotten politics, disregard for science, and Yersinia pestis. Black Death at the Golden Gate is both a page-turner and a cautionary tale: those villains still lurk.

A fascinating, in-depth look at a little-known episode in American history…The story of the bubonic plague outbreak serves as an excellent lead-in for Randall to examine the advances that created modern cities.
— Shelf Awareness

A haunting detective tale packed with villains and heroes, Black Death at the Golden Gate shows how bigotry and greed almost brought a major U.S. city to ruin—and how science and courage saved it. The events in this book may be a hundred years old, but its message is as urgent as ever.

— Jason Fagone, author of the national bestseller The Woman Who Smashed Codes

David K. Randall is a spellbinding writer. He has turned a critical chapter of medical history into a riveting tale that reads like a detective novel, chock-full of scandals and intrigue…Read Black Death at the Golden Gate because it’s a page-turner, but more important, read this book because the issues Randall spotlights resonate today.

This story of an epidemic that wasn't is a gripping historical mystery and a key cautionary tale for our own time.
— Booklist

A complex tale of medicine, politics, race, and public health…Randall does good work in revealing the clamorous clash of public and private interests surrounding the outbreak…A tale that resonates with the outbreak of measles, mumps, and other supposedly contained epidemics today.
— Kirkus Reviews