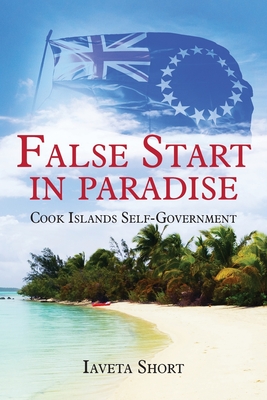 After 65 years under New Zealand control the Cook Islands adopted the United Nations push for self-government with a hiss and a roar under the enigmatic leader Albert Henry who wanted to build a self-serving empire. He manipulated the political system and used Government funds to stay in power which resulted in a major court case where for the first time a government was overturned by a Court Decision. This ushered in another enigmatic leader Sir Tom Davis who spent many years in the US NASA program of sending man to space and ultimately to the Moon. He changed the direction of the Cook Islands to a liberal free market open economy.

Many years of political sea sawing followed as the Cook Islands tried to right its political and economic boat in the turbulent winds of politics in a tiny democracy. Many mishaps and false starts were a result of so much enthusiasm but little knowledge and experience in the running of a modern democracy.

Iaveta Short a Cook Islander and the first to graduate with a law degree at Auckland University returned home to be in the middle of all the difficult winds of change. He was a Minister in the Sir Tom Davis Government, High Commissioner for the Cook Islands in Wellington and the go to man to solve many a problems of government across the political divide. He had a birds eye view of the turbulent periods and was often in the middle of the clean-up.

This book is an attempt to record many of the events of the enthralling, difficult and politically turbulent period in the short life of this tiny island democracy.