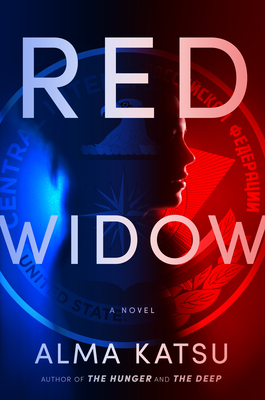 An exhilarating spy thriller written by an intelligence veteran about two women CIA agents whose paths become intertwined around a threat to the Russia Division--one that's coming from inside the agency.

Lyndsey Duncan worries her career with the CIA might be over. After lines are crossed with another intelligence agent during an assignment, she is sent home to Washington on administrative leave. So when a former colleague--now Chief of the Russia Division--recruits her for an internal investigation, she jumps at the chance to prove herself. Lyndsey was once a top handler in the Moscow Field Station, where she was known as the "human lie detector" and praised for recruiting some of the most senior Russian officials. But now, three Russian assets have been exposed--including one of her own--and the CIA is convinced there's a mole in the department. With years of work in question and lives on the line, Lyndsey is thrown back into life at the agency, this time tracing the steps of those closest to her.

Meanwhile, fellow agent Theresa Warner can't avoid the spotlight. She is the infamous "Red Widow," the wife of a former director killed in the field under mysterious circumstances. With her husband's legacy shadowing her every move, Theresa is a fixture of the Russia Division, and as she and Lyndsey strike up an unusual friendship, her knowledge proves invaluable. But as Lyndsey uncovers a surprising connection to Theresa that could answer all of her questions, she unearths a terrifying web of secrets within the department, if only she is willing to unravel it....

Alma Katsu is the award-winning author of five novels, most recently The Deep and The Hunger. Prior to the publication of her first novel, she had a thirty-five-year career as a senior intelligence analyst for several U.S. agencies, including the CIA and NSA, as well as RAND, the global policy think tank. Katsu is a graduate of the master's writing program at the Johns Hopkins University and received her bachelor's degree from Brandeis University. She lives outside of Washington, D.C., with her husband, where she is a consultant to government and private industry on future trends and analytic methods.

One of:
Northern Virginia Magazine's Best Beach Reads
BookPage's Most Anticipated Mysteries and Thrillers of 2021
Writer's Digest's 71 Books and Authors to Check Out in 2021

“Katsu, a longtime intelligence analyst for the C.I.A. and N.S.A, writes what she’s most professionally familiar with after years in the paranormal and horror novel trenches. The plotting is sophisticated and laced with surprises, but what stands out most is the emotional core of Lyndsey and Theresa’s alliance, and whether there is room, in a nest of vipers, for true sisterhood.” –The New York Times Book Review

“Terrific…Fans of FX’s ‘The Americans’ will recognize a world where professionalism can fall prey to sexism, careerism, and garden-variety klutziness. Duncan’s job is a lot ‘like juggling knives,’ and Katsu makes us care that she doesn’t bobble.” –The Washington Post

“Red Widow is layered with inside knowledge of how CIA bureaucracy works; it is often a bleak workplace, it seems, where loyalty is in short supply and careers can be ended on a whim.” –Financial Times

"This political thriller is years in the making because it's based on the author's own past as a woman working in the intelligence field. DC-area readers familiar with that world will appreciate the attention to detail and the way Katsu's experience shines through." –Northern Virginia Magazine

“Alma Katsu’s main characters in Red Widow are written with a depth and nuance that I found profoundly refreshing.” –Diplomatic Courier

“In contrast to many other spy thrillers, Red Widow does not rely on titillating and damaging stereotypes of women and tales of ‘sexpionage’ to advance the story line. Rather, the book realistically and refreshingly portrays female intelligence officers as highly professional, capable and ethical.” –Cipher Brief

“The authenticity of [Katsu’s] experiences deepens every bit of this story….I raced to the end, and you will too.” –Suspense Magazine

“[Alma Katsu] knows her stuff and already has proven that she can write an engaging thriller….The plot never allows you to catch your breath as the wheels keep turning with every new piece of information uncovered, and nothing is as it appears to be.” –­BookReporter

“This fast-paced spy thriller offers a seemingly realistic look inside the CIA and raises plenty of questions about the ethics of spying. With a smart, plucky heroine; white-knuckle suspense; multiple twists; and a satisfying conclusion, this is a must for espionage fans.” –Booklist

“Gripping...An intriguing look at the day-to-day office politics and jostling that goes on behind Langley’s walls. Best known for her novels of psychological terror, Katsu shows a sure hand at a new genre.” –Publishers Weekly

“A first-rate thriller. Red Widow provides an intoxicating, insider’s view of the CIA, betrayal, revenge, and espionage at the highest levels and the highest stakes.” –Robert Dugoni, author of The Last Agent

"Superb! Part savvy geopolitical spy thriller in the tradition of John le Carré, part whipsawing investigative procedural, part gripping psychological suspense, Red Widow grabs you in the harrowing opening scene and never lets go—and I don’t mean at the last page; this novel stays with you long after you’ve finished it. Author Katsu brings an incisive and resonant voice to her tale and has populated it with truly distinctive, fully formed characters, including one of the sharpest and most appealing protagonists in recent fiction: Lyndsey Duncan. Did I say superb? Well, consider it said once more." –Jeffery Deaver, author of The Goodbye Man

“Red Widow is a spy thriller that shines with authenticity and heart.” –Karen Cleveland, author of Need to Know

"Red Widow is a novel only Alma Katsu could have written–a gripping story of secrets and loyalties that nails the brutal tradeoffs involved in high-stakes espionage. Tense, smart, and fearless." –Joseph Finder, author of House on Fire