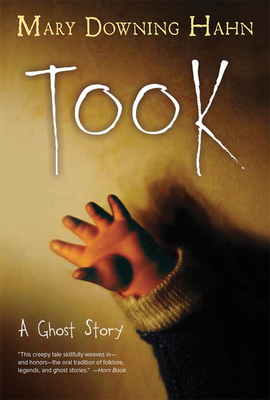 Daniel doesn’t believe the woods behind his new home are haunted by an evil witch and her terrifying beast. But then his little sister disappears . . . and it’s up to him to find her. Mary Downing Hahn’s popular page-turner will thrill readers who love spooky stories.

They say that a ghost witch lives in the woods, up on the hill. They say her companion has a pig skull for a face and stands taller than a man, his skeleton gleaming in the moonlight. They say that the witch takes young girls, and no one ever sees them again.

Daniel doesn’t believe the stories. He figures the kids on the bus are just trying to scare him since he’s new. Still, he wishes his family had never moved here—their house is a wreck, Mom and Dad keep fighting, and his little sister, Erica, spends most of her time talking to her creepy doll.

But when Erica disappears into the woods one day, Daniel knows something is terribly wrong. Has she been “took”?

Mary Downing Hahn is one of the most popular middle grade authors in the world, winner of numerous state awards as well as the Scott O'Dell Award for Historical Fiction (for Stepping on the Cracks) and the Mystery Writers of America Edgar Award (for Closed for the Season).

Mary Downing Hahn’s many acclaimed novels include such beloved ghost stories as Wait Till Helen Comes, Deep and Dark and Dangerous, and Took. A former librarian, she has received more than fifty child-voted state awards for her work. She lives in Columbia, Maryland, with a cat named Nixi.

"Hahn successfully reworks the recipe for those who still enjoy a good scare...a compelling addition to the Hahn collection of ghost stories."  — VOYA

"Stalwart young readers who brave Daniel's telling are rewarded with a resolution that blends the mystical with the hopeful and creates community where once only fear and sorrow thrived." — Booklist