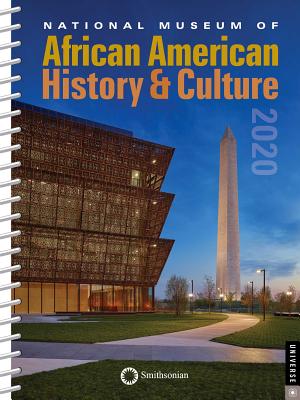 By National Museum of African American History and Culture
$14.99

The National Museum of African-American History and Culture (NMAAHC) is part of the Smithsonian Institution, opened in 2016 to great elation.

The museum's building, holds close to 37,000 objects in its collection related to subjects such as community, family, the visual performing arts, religion, civil rights, slavery and segregation. Thousands of people flock to the museum each day, making it one of the most popular Smithsonian destinations in the nation's capital.

The National Museum of African American History and Culture is a Smithsonian Institution museum located on the National Mall in Washington, D.C., in the United States. It was established in December 2003 and opened its permanent home in September 2016 with a ceremony led by President Barack Obama.