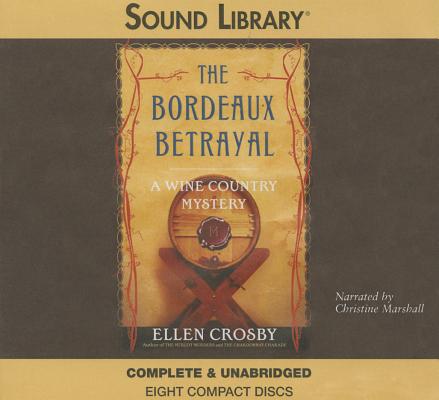 This is book number 3 in the Wine Country Mysteries (Audio) series.

When Valerie Beauvais, author of a book on Thomas Jefferson's travels through the wine regions of France and Italy, turns up dead near Lucie Montgomery's Virginia vineyard, Lucie is certain Valerie's murder has something to do with the authenticity of a 200-year-old bottle of Bordeaux Jefferson may once have purchased for his good friend George Washington.

Though Lucie plans to auction off the valuable bottle at a charity fundraiser, it soon becomes apparent others want to get their hands on what's quickly becoming a wine to die for.

As Lucie and her eccentric winemaker, Quinn Santori, bring in the last grapes of the season, Quinn's controversial past becomes intertwined with Valerie's death and the rare Bordeaux.

What begins as Lucie's quiet investigation into the provenance of the Washington wine ends in revealing a web of deceit and betrayal affecting not only the international wine world, but her own world as well.