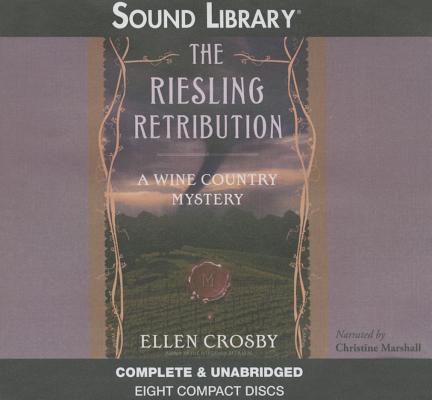 This is book number 4 in the Wine Country Mysteries (Audio) series.

When a tornado rips through Montgomery Estate Vineyard, it not only destroys some of Lucie Montgomery's newest grapevines, it also unearths an old grave. After the dead man is identified as a former business associate of Lucie's father, it seems everyone in Lucie's hometown has already decided Leland Montgomery is a murderer. As the evidence piles up against him, Lucie sets out to prove her father's innocence.

But Lucie has more on her mind than a dead body. Her new vineyard manager has accused her winemaker, Quinn Santori, of abusing the vineyard's migrant workers, while Lucie's relationship with Quinn grows increasingly more complicated. Meanwhile, Lucie has given permission to a group of Civil War reenactors to recreate a local battle on her farm. But when one of the participants is shot with live ammunition, Lucie wonders whether it was an accident or an attempt at murder.