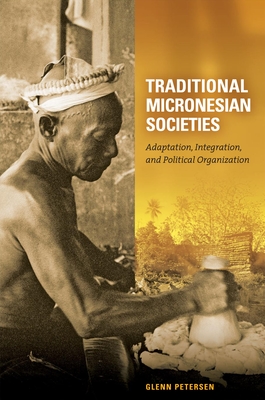 By Glenn Petersen
$60.90
Not available

Traditional Micronesian Societies explores the extraordinary successes of the ancient voyaging peoples who first settled the Central Pacific islands some two thousand years ago. They and their descendants devised social and cultural adaptations that have enabled them to survive--and thrive--under the most demanding environmental conditions. The dispersed matrilineal clans so typical of Micronesian societies ensure that every individual, every local family and lineage, and every community maintain close relations with the peoples of many other islands. When hurricanes and droughts or political struggles force a group to move, they are sure of being taken in by kin residing elsewhere. Out of this common theme, shared patterns of land tenure, political rule, philosophy, and even personal character have flowed.

To describe and explain Micronesian societies, the author begins with an overview of the region, including a brief consideration of the scholarly debate about whether Micronesia actually exists as a genuine and meaningful region. This is followed by an account of how Micronesia was originally settled, how its peoples adapted to conditions there, and how several basic adaptations diffused throughout the islands. He then considers the fundamental matters of descent (ideas about how individuals and groups are bound together through ties of kinship) and descent groups and the closely interlinked subjects of households, families, land, and labor. Because women form the core of the clans, their roles are particularly respected and their contributions to social life honored. Socio-political life, art, religion, and values are discussed in detail. Finally, the author examines a number of exceptions to these common Micronesian patterns of social life. Traditional Micronesian Societies illustrates the idiosyncrasies of individual Micronesian communities and celebrates the Micronesians' shared ability to adapt, survive, and thrive over millennia. At a time when global climate change has seized our imaginations, the Micronesians' historical ability to cope with their watery environment is of the greatest relevance.