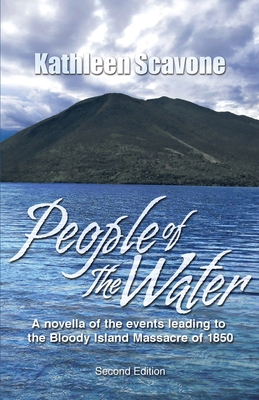 During the seven years since this book was first published, the importance of respectfully and thoughtfully acknowledging the past of a significant event in the history of the Native People, the Pomo Indians of Lake County, California has become more vital than ever. This is a fictional account of the events leading up to the Bloody Island Massacre of 1850. Like many Indians in California, the Pomo Indians of the Clear Lake Basin in California were run off of their tribal, ancestral lands, forced to work the ranches or Missions, beaten and massacred.

Charles Stone and Andrew Kelsey purchased stock from Salvador Vallejo, and garnered permission to use his land for grazing. Kelsey and Stone mistreated Indians to the extreme- they starved, beat, and worked them to death. It was common knowledge in nearby settlements that Stone and Kelsey were cruel to the Indians. The Indians could no longer tolerate the hunger and the beatings, so they killed some cattle for food. This incident did not bode well with Stone and Kelsey. Many more atrocities ensued- one Indian was tied to a tree then beaten, some Indian homes were burned down, and others were marched to the gold fields where most perished due to exposure and starvation. Added to those heartrending incidents was the fact that Chief Augustine's wife was kidnapped and forced to live with the white men. So, in the fall of 1849, Stone and Kelsey were murdered by Indians.

In the spring of 1850, a detachment of the United States troops led by Captain Nathaniel Lyon was sent from the San Francisco Presidio or Benicia with whaleboats hauled by wagons, along with cannons, in retaliation for Stone and Kelsey's deaths. Pomo people in their village of Badonnapoti on what is now called Bloody Island, on Clear Lake, California were targeted and massacred by the soldiers. Women and children were killed indiscriminately- soldiers chased them into the water, bludgeoning and shooting them. This massacre was replayed again and again over the course of a month as the soldiers continued killing Indians, working their havoc westward toward Ukiah. The United States government concluded its tyranny in 1851 by drafting a treaty and trying to initiate a rancheria. The treaty, like so many others, was never ratified. The site is marked by California State Historical marker number 427, located at the intersection of State Highway 20 and Reclamation Road, 1.7 miles southeast of Upper Lake marks the area, once an island, where this story took place.

California Indians have popularly been viewed as hold-outs from the Stone Age, "primitive", "savage", "lazy" and "stupid". Many people don't realize that California Indians practiced a subsistence economy and were a hunter-gatherer society. This was a well organized and systematic way of life which required an intense environmental knowledge. Acorns from many species of oaks provided a food staple, which was easily stored. The abundance of fish and game, along with the harvest of literally thousands of plant varieties produced food stores that surpassed what many North American Indians were able to procure through farming practices. Most California Indians had a "Chiefdom" society, private land ownership, stable political centers and territorial boundaries, far reaching trade networks, a money economy, resource and manufacturing professionals.

The brutality of the Bloody Island Massacre and similar atrocities to other tribes is a grievous legacy. The courage of the Pomo people lives on forever.