Before I Disappear (Hardcover) 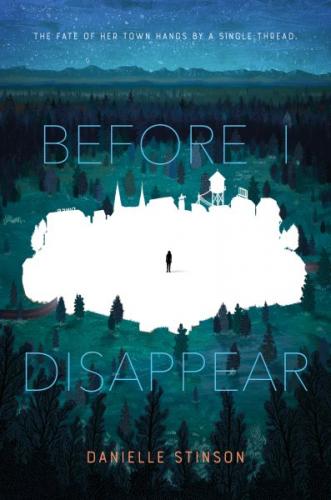 By Danielle Stinson
$17.99
Not available

Danielle Stinson's Before I Disappear is an action-packed YA novel where a young woman has to find her little brother after her town disappears into thin air.

Rose Montgomery parks her family’s trailer in Fort Glory, Oregon with one goal: to carve out a new life for herself and her little brother, Charlie. They need a fresh start for their family, and she thinks she's finally found it in a town where nobody knows them.

But Rose’s plans come crashing down when, in an instant, Fort Glory disappears and every person in town vanishes into thin air—including Charlie.

Rose and four other teens become trapped in the Fold, a patch of woods caught halfway between the real world and the lost town. In the Fold, a mysterious force suspends the laws of physics, and everyone’s inner darkness has the power to kill.

To survive the Fold, Rose must unravel the clues Charlie sends her from the missing town. And Rose has to find Charlie soon—or he'll be gone forever.

Danielle Stinson grew up in a military family, which meant frequent moves across the US and abroad. She spent many summers in her room surrounded by unpacked boxes and stacks of library books. Danielle claims Boston as her hometown, though she currently lives with her husband and four young boys in Virginia.

Before I Disappear is her debut novel.

"Stinson’s debut is a mind-bending blend of particle physics and theoretical astronomy that also illustrates the raw emotions that consume us. The atmospheric writing will easily draw readers into a story of family and self-exploration that deftly, though sparingly, handles delicate topics."
—Booklist

"Told in alternating chapters from Rose’s point of view in The Fold and Rose’s brother, Charlie, in Fort Glory, this novel features moments of beautiful language. Stinson also effectively sets up tension, and the mystery begins on the first page before the town even disappears."
—School Library Journal