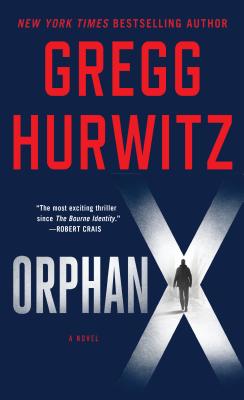 By Gregg Hurwitz
Not currently available
Not Available

“The U.S. government secretly trained a group of orphaned children to be lethal assassins when they grew up. Evan, one of these children and now a grown man, has left the program and disappeared, resurfacing only to help those in desperate need. It is through this work that one of his enemies has found him, but which enemy - the government, one of his fellow orphans, or a relative of one of the many bad guys he has gotten rid of? Filled with lots of twists and turns and neat techno gadgets, Orphan X takes you on a roller coaster ride that will leave you breathless and waiting for the next installment of the Nowhere Man.”
— Nancy McFarlane (E), Fiction Addiction, Greenville, SC