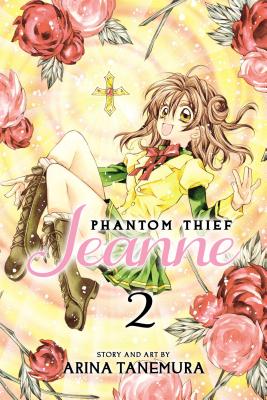 This is book number 2 in the Phantom Thief Jeanne series.

High school student Maron Kusakabe has a secret: she’s Phantom Thief Jeanne. She sneaks into private art collections to steal paintings in which demons reside. Jeanne’s task is to seal the demons before they can devour human hearts. So far she’s been able to evade the police on her midnight outings, but now another thief has come onto the scene—Phantom Thief Sinbad—and he’s trying to take the paintings before she does!

Devastated by Chiaki’s deceit, Maron decides to cut him out of her life and never to rely on anyone. After the announcement is issued that Phantom Thief Jeanne intends to steal another painting, Maron goes missing, leaving the painting for Phantom Thief Sinbad to take. Has Maron now turned her back on being Phantom Thief Jeanne too?