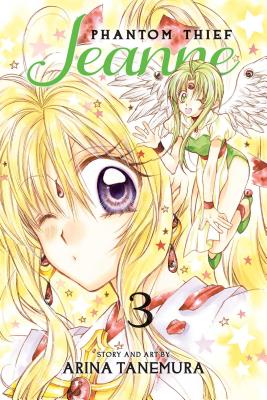 This is book number 3 in the Phantom Thief Jeanne series.

High school student Maron Kusakabe has a secret: she’s Phantom Thief Jeanne. She sneaks into private art collections to steal paintings in which demons reside. Jeanne’s task is to seal the demons before they can devour human hearts. So far she’s been able to evade the police on her midnight outings, but now another thief has come onto the scene—Phantom Thief Sinbad—and he’s trying to take the paintings before she does!

A stranger has witnessed Jeanne’s transformation, and Maron worries that the police will soon find out her real identity. Chiaki again asks Maron to go out with him, but she refuses because they are on opposing sides. But if Chiaki is truly her enemy, why is he asking his partner, Access, if he’s been working for the Demon Lord?