No Time Like the Future: An Optmist Considers Mortality (Large Print / Library Binding) 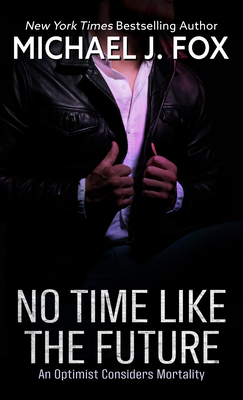 Michael J. Fox gained fame playing Alex P. Keaton on the sitcom Family Ties. His blockbuster movies include Back to the Future, The Secret of My Success, Doc Hollywood, Casualties of War and The American President. He returned to television in his award-winning lead role on Spin City, followed by guest appearances in series like Rescue Me, Curb Your Enthusiasm, and The Good Wife. His many awards include five Emmys, four Golden Globes, one Grammy, two Screen Actors Guild awards, the People's Choice award, and GQ Man of the Year. In 2000, he launched the Michael J. Fox Foundation for Parkinson's Research, which is now the leading Parkinson's organization in the world. He is the author of three previous New York Times bestselling books: Lucky Man, Always Looking Up, and A Funny Thing Happened on the Way to the Future. Michael lives with his family in New York City.