Daughter of Empire: My Life as a Mountbatten (Compact Disc) 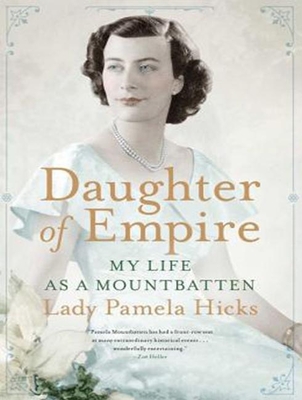 By Pamela Hicks, Corrie James (Narrated by)
$39.99
Available to Order. Arrives from Warehouse in 2-14 days.

Few families can boast of not one but two saints among their ancestors, a great-aunt who was the last tsarina of Russia, a father who was Grace Kelly's pinup, and a grandmother who was not only a princess but could also argue the finer points of naval law. Pamela Mountbatten entered a remarkable family when she was born at the very end of the Roaring Twenties. As the younger daughter of the glamorous heiress Edwina Ashley and Lord Louis Mountbatten, Pamela spent much of her early life with her sister, nannies, and servants-and a menagerie that included, at different times, a bear, two wallabies, a mongoose, and a lion. Her parents each had lovers who lived openly with the family. The house was always full of guests like Sir Winston Churchill, No l Coward, Douglas Fairbanks, and the Duchess of Windsor (who brought a cold cooked chicken as a hostess gift). When World War II broke out, Lord Mountbatten was in command of HMS Kelly before being appointed chief of Combined Operations, and Pamela and her sister were sent to live on Fifth Avenue in New York City with Mrs. Cornelius Vanderbilt. In 1947, her parents were appointed to be the last viceroy and vicereine of India and oversee the transfer of power to an independent Indian government. Amid the turmoil of political change, Pamela worked with student leaders, developed warm friendships with Gandhi and Nehru, and witnessed both the joy of Independence Day and its terrible aftermath. Soon afterwards, she was a bridesmaid in Princess Elizabeth's wedding to Prince Philip, and was a lady-in-waiting at the young princess's side when she learned her father had died and she was queen. Vivid and engaging, well-paced and superbly detailed, this witty, intimate memoir is an enchanting lens through which to view the early part of the twentieth century.

Lady Pamela Hicks is the daughter of Earl Mountbatten of Burma, most famously known for his role in history as the last viceroy of India. She is the author of "India Remembered: A Personal Account of the Mountbattens During the Transfer of Power."

Corrie James has worked on both sides of the Atlantic in theater, radio, and audiobooks. Her audiobooks include "The Companion of Lady Holmeshire" by Debra Brown and "Remember Me" by Trezza Azzopardi.