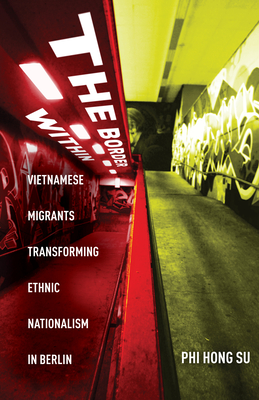 When the Berlin Wall fell, Germany united in a wave of euphoria and solidarity. Also caught in the current were Vietnamese border crossers who had left their homeland after its reunification in 1975. Unwilling to live under socialism, one group resettled in West Berlin as refugees. In the name of socialist solidarity, a second group arrived in East Berlin as contract workers. The Border Within paints a vivid portrait of these disparate Vietnamese migrants' encounters with each other in the post-socialist city of Berlin. Journalists, scholars, and Vietnamese border crossers themselves consider these groups that left their homes under vastly different conditions to be one people, linked by an unquestionable ethnic nationhood. Phi Hong Su's rigorous ethnography unpacks this intuition. In absorbing prose, Su reveals how these Cold War compatriots enact palpable social boundaries in everyday life. This book uncovers how 20th-century state formation and international migration--together, border crossings--generate enduring migrant classifications. In doing so, border crossings fracture shared ethnic, national, and religious identities in enduring ways.

Phi Hong Su is a Visiting Assistant Professor of Sociology at Williams College. Previously, she was a Postdoctoral Research Associate in the Division of Social Science at New York University Abu Dhabi.