The Nuclear Club: How America and the World Policed the Atom from Hiroshima to Vietnam (Paperback) 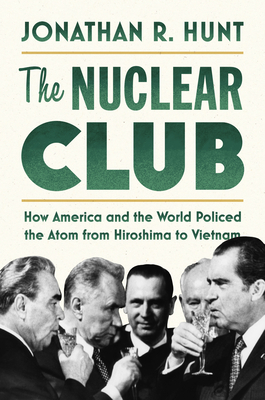 The Nuclear Club reveals how a coalition of powerful and developing states embraced global governance in hopes of a bright and peaceful tomorrow. While fears of nuclear war were ever-present, it was the perceived threat to their preeminence that drove Washington, Moscow, and London to throw their weight behind the 1963 Limited Test Ban Treaty (LTBT) banishing nuclear testing underground, the 1967 Treaty of Tlatelolco banning atomic armaments from Latin America, and the 1968 Nuclear Non-Proliferation Treaty (NPT) forbidding more countries from joining the most exclusive club on Earth.

International society, the Cold War, and the imperial U.S. presidency were reformed from 1945 to 1970, when a global nuclear order was inaugurated, averting conflict in the industrial North and yielding what George Orwell styled a peace that is no peace everywhere else. Today the nuclear order legitimizes foreign intervention worldwide, empowering the nuclear club and, above all, the United States, to push sanctions and even preventive war against atomic outlaws, all in humanity's name.