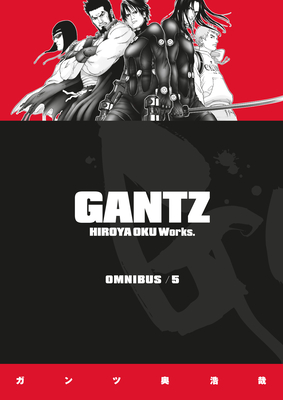 The Gantz fighters wage invisible war against a series of increasingly bizarre and deadly alien monstrosities, whose source and purpose are a frightening mystery.

And if those challenges weren't enough, a homegrown threat rises, the sleek and stylish weapon-spawning killers known as the Vampires, who aim to bleed out Gantz!

Hiroya Oku is a manga artist who is the creator of Gantz, Zero One, and HEN, all of which have been serialized in Young Jump magazine. His manga often contain explicit violence and gore, as well as sexual situations. He won the second prize of the Youth Manga Awards in 1988, under the pen name Yahiro Kuon. He also designed a character for Bandai Namco's Xbox 360 and PlayStation 3 fighting game Soulcalibur IV, named "Shura."