Reaching for the Moon: The Autobiography of NASA Mathematician Katherine Johnson (Paperback) 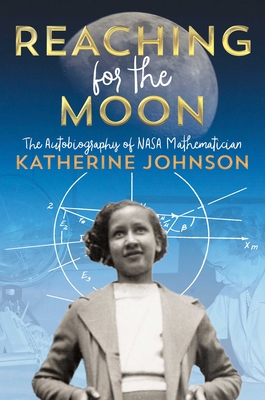 By Katherine Johnson
$7.99
Available to Order. Arrives from Warehouse in 2-14 days.

“Captivating, informative, and inspiring…Easy to follow and hard to put down.” —School Library Journal (starred review)

As a young girl, Katherine Johnson showed an exceptional aptitude for math. In school she quickly skipped ahead several grades and was soon studying complex equations with the support of a professor who saw great promise in her. But ability and opportunity did not always go hand in hand. As an African American and a girl growing up in an era of brutal racism and sexism, Katherine faced daily challenges. Still, she lived her life with her father’s words in mind: “You are no better than anyone else, and nobody else is better than you.”

In the early 1950s, Katherine was thrilled to join the organization that would become NASA. She worked on many of NASA’s biggest projects including the Apollo 11 mission that landed the first men on the moon.

Katherine Johnson’s story was made famous in the bestselling book and Oscar-nominated film Hidden Figures. Now in Reaching for the Moon she tells her own story for the first time, in a lively autobiography that will inspire young readers everywhere.

Katherine Johnson (1918–2020) was a former NASA mathematician whose work was critical to the success of many of their initiatives, including the Apollo program and the start of the Space Shuttle program. Throughout her long career she received numerous awards, including the nation’s highest civilian award, the Presidential Medal of Freedom, from President Barack Obama.

* “Johnson artfully weaves in the heart of how African American communities have survived and advanced—through "self-help and sacrificing" for the next generation. Her writing style is comfortable and conversational, like a visit over tea that you wish would never end. From a long-lived American legend, this rich volume is a national treasure.”
— Kirkus Reviews, starred review

* “Johnson’s story is captivating, informative, and inspiring. She neatly and accurately weaves in significant historical events that had profound effects on our country and the African American community, including the murder of Emmett Till, lunch counter sit-ins, and school integration. Larger ideas such as white supremacy are broken down with ease for younger readers. . . . Johnson’s story is easy to follow and hard to put down. Highly recommended for purchase in any school library.”
— School Library Journal, starred review

“[Johnson’s] loose narrative style feels conversational, which will draw in readers, and an interesting afterword compares the movie Hidden Figures to her actual experience. . . . Kids will be excited to learn more about her journey.”
— Booklist

“In this most authentic, highly personal account, Katherine writes her own story at the age of 100! . . . Katherine’s intelligent, softly confident voice helps readers get to know her personally. Johnson makes her own story available for tweens, hoping to inspire the next generation to always do their best.”
— School Library Connection