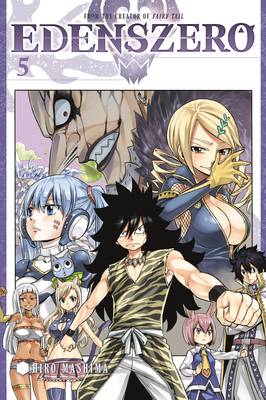 This is book number 5 in the Edens Zero series.

THE HEART OF A HERMIT

In order to restore the heart of the Shining Star Hermit, Shiki and his friends have visited the virtual planet of Digitalis. The once thriving digital landscape is now at the mercy of the mass murderer Jamilov, and death in this fictional space leads to death in the real world. To make matters worse, there may be a spy among our heroes' ranks. Can Shiki and his crew defeat Jamilov and get Hermit safely back to the EDENS ZERO?