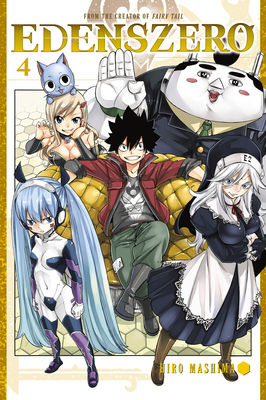 This is book number 4 in the Edens Zero series.

In their attempt to rescue the kidnapped B-Cubers, Shiki and his friends have run into the mercenary band, Rogue Out, whose leader is a bot claiming to be none other than Sister herself. Does Shiki stand a chance against one of the Demon King's Four Shining Stars? Meanwhile, Homura and Weisz investigate Rogue Out's hideout, where they find the group's true secret...