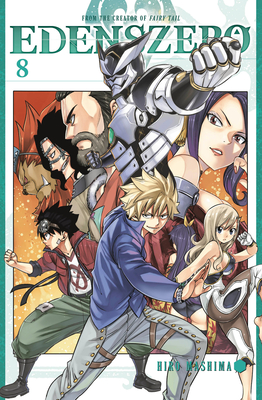 This is book number 8 in the Edens Zero series.

When she finds out that Valkyrie, her beloved mentor, is dead, Homura is shaken to her core. Vowing to avenge this death, Homura sets out--only to learn that the one behind the murder is none other than her own mother, Madame Kurenai. Now the time has come for the labor district, Rebecca, and Shiki to revolt against Kurenai's tyrannical reign. But the leader of Sun Jewel has powerful warriors at her command that may very soon outnumber the rebels... In these troubled times, a new hero arises: The Arsenal.