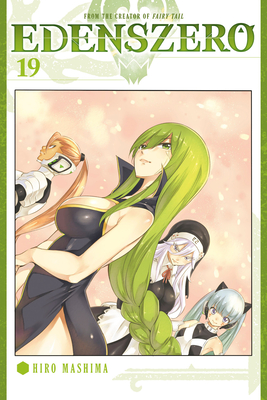 This is book number 19 in the Edens Zero series.

Chaotic violence rages in the Aoi Cosmos as the All-Link system nears activation. Shiki confronts Shura with uncharacteristic fury. Meanwhile, Ziggy and Nero begin fighting, neither of them believing defeat is a possibility. The Imperial forces, Rebel army, and Interstellar Union continue their massive battle in space with all sides taking heavy losses as ships fall in the relentless crossfire. The weight of lives lost is a heavy burden to bear, and when all the dust settles, Shiki’s burden may be unbearable...