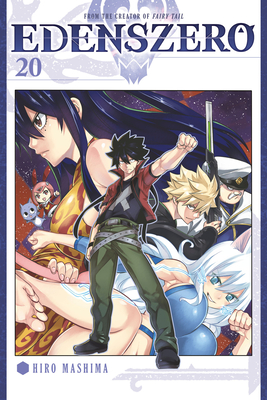 This is book number 20 in the Edens Zero series.

After the war in the Aoi Cosmos, the Edens Zero crew mourns the loss of Witch and makes an important change in their plans. Before they continue their search for Mother, they will first find and defeat Ziggy. There are no more doubts that Ziggy is an enemy and a threat to the universe. But before they find Ziggy, the Edens Zero encounters a curious castaway. It’s Captain Connor, but only Rebecca recognizes and remembers him, and he himself denies being the captain of the Edens One?!