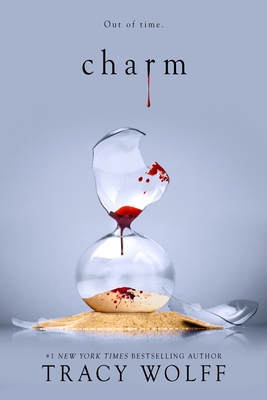 This is book number 5 in the Crave series.

Finally find out what happened during those missing four months, as the thrilling adventure continues!

He’s under my skin…

After Katmere, I shouldn’t be surprised by anything. Including the existence of a world beyond my world called the Shadow Realm. Yet here I am, stuck in a strange, dangerous place with the worst of the supernaturals, the monster that other monsters fear: Hudson Vega. He might be Jaxon’s brother and ridiculously hot, but he’s a complete bona fide pain in my ass.

The question is whether we’ll find a way out before I kill him…or run out of time.

It’s a truth universally known—at least according to Grace—that everything is my fault. But I have a nasty suspicion that Grace isn’t as human as she thinks, and she’s the one keeping us trapped. Now we’ll have to work together not only to survive, but to save all those we’ve come to call family who live here.

Because there’s something connecting us. Something stronger than fear…and way more bloody dangerous.

Don’t miss a single book in the series that spawned a phenomenon! The Crave series is best enjoyed in order:
Crave
Crush
Covet
Court
Charm
Cherish

New York Times and USA Today bestselling author Tracy Wolff wrote her first short story—something with a rainbow and a prince—in second grade. By ten, she’d read everything in the young adult and classics sections of her local bookstore. A one-time English professor with more than fifty novels to her name, she now devotes most of her time to writing and dreaming up heroes. She also writes under the name Tracy Deebs and lives in Austin, Texas, with her family. Visit her online at tracywolffbooks.com.