The Language of Thieves: My Family's Obsession with a Secret Code the Nazis Tried to Eliminate (MP3 CD) 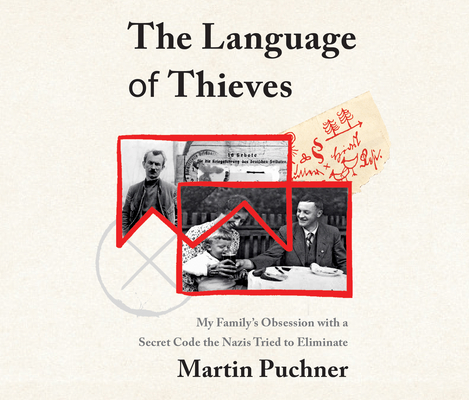 Centuries ago in middle Europe, a coded language appeared, scrawled in graffiti and spoken only by people who were wiz (in the know). This hybrid language, dubbed Rotwelsch, facilitated survival for people in flight?whether escaping persecution or just down on their luck. It was a language of the road associated with vagabonds, travelers, Jews, and thieves that blended words from Yiddish, Hebrew, German, Romani, Czech, and other European languages and was rich in expressions for police, jail, or experiencing trouble, such as being in a pickle. This renegade language unsettled those in power, who responded by trying to stamp it out, none more vehemently than the Nazis.As a boy, Martin Puchner learned this secret language from his father and uncle. Only as an adult did he discover, through a poisonous 1930s tract on Jewish names buried in the archives of Harvard's Widener Library, that his own grandfather had been a committed Nazi who despised this language of thieves. Interweaving family memoir with an adventurous foray into the mysteries of language, Puchner crafts an entirely original narrative. In a language born of migration and survival, he discovers a witty and resourceful spirit of tolerance that remains essential in our volatile present.