The 90s Club & the Clue in the Old Album (Paperback) 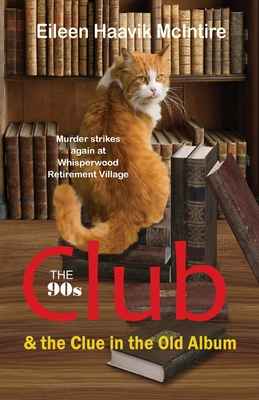 Garrulous Bill Myers is too nosy for his own good. A retired investigative reporter, he is sniffing into dangerous pots of greed and avarice. When he is found dead, Nancy and the 90s Club step in to find the killer and discover what's really going on at Whisperwood Retirement Village. The list of suspects grows as the 90s Club learns more about Bill's activities at Whisperwood. He is looking into the financial skullduggery of Mike Johnson, a county commissioner, who oppresses and abuses his wife. Then there's Bill's health care aide who gains an inheritance with his death. His daughter and her husband also seek to inherit his estate. Axel Cooper, Whisperwood resident is a victim of Bill's curiosity and asks Nancy to help him find out what happened to the family he lost in World War II. The only clue he can provide is an old album that survived the war. Then there's Whisperwood's assistant administrator, Suzanne. Some residents and former colleagues fear Bill's investigative efforts will put their names in the expose he is writing.

Nancy and the 90s Club ferret out the clues, alibis, motives and opportunities to finally confront and catch the killer.