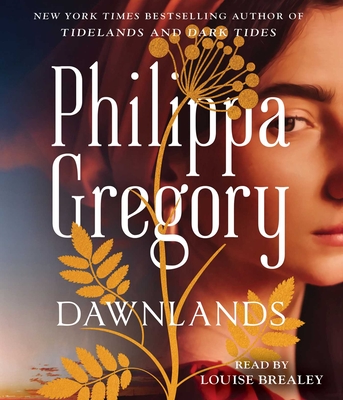 "Philippa Gregory is one of the best loved writers of historical fiction. In DAWNLANDS, narrator Louise Brearley's firm voice takes listeners to the chaotic world of England in the late 1680s, when James II was king. There are characters from earlier novels in this installment in the Fairmire series, including the villainous but intriguing Livia — with her syrupy voice and Italian accent. One new character is the Native American captive, Rowan, who enchants listeners with her gentle voice and fierce spirit. This audiobook reveals the political turmoil and religious bigotry of the Stuart years, as well as confrontations between former lovers and enemies, and the author's own takes on historical mysteries such as the "Warming Pan Baby.""
— AudioFile Magazine