Frederick Ashton and His Ballets (Paperback) 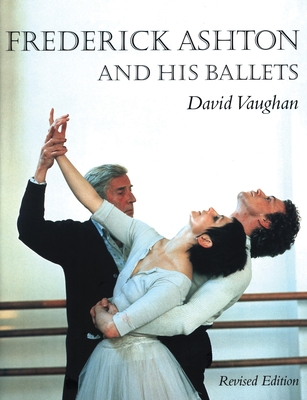 Sir Frederick Ashton (1904 - 1988) remains one of the great figures of twentieth-century ballet, whose place in British ballet is comparable to Balanchine's in America. Ashton's choreographic career began in 1926, when his first ballet was presented as part of a London revue. In this book, David Vaughan traces that entire career, during which Ashton became first a leading dancer and choreographer, and later Director of the Royal Ballet.

Ashton created more than eighty ballets, as well as innumerable smaller works, including dances for operas, musical comedies, and films. Vaughan follows Ashton's development through this immensely creative life, from early works such as Facade and Les Rendezvous, to such masterpieces of his maturity as Symphonic Variations, Scenes de ballet, Daphnis and Chloe, La Fille mal gard e, The Dream, Enigma Variations, and A Month in the Country. Each of his important ballets is described and analysed in detail, and most are illustrated, with over 260 drawings and photographs.

As a parallel theme to the accomplishments of this one master, the history of British ballet is presented, from its humble beginnings in the 1920s and 1930s through to the late twentieth century - a story in which Ashton played a crucial part as the choreographer whose works have formed and defined what has come to be recognised as the English style of classical ballet.

Finally, though the book is not a biography in the conventional sense, a picture emerges of a wise and witty man, the most modest of geniuses, beloved by all who worked with him.

David Vaughan's Frederick Ashton and his Ballets, originally published in 1977 and long unavailable, remains the definitive chronicle of Ashton's choreographic career. This revised edition of Vaughan's seminal work includes a new final chapter and an updated chronology of work, and is an essential book both for historians of twentieth-century ballet and for lover of Ashton's work.