How to Prove a Theory (Paperback) 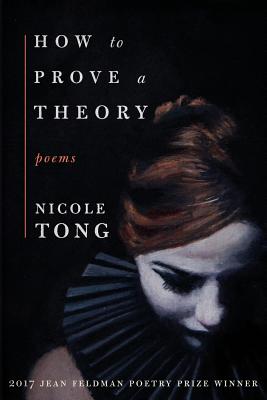 In this brave, elegiac debut, How to Prove a Theory, Nicole Tong relies on empirical evidence to construct meaning in the wake of a series of losses that include a childhood lost to trauma, a best friend lost following childbirth, a brother-in-law, a father, and a generation of children in the poet's hometown after a water contamination event. In the face of loss, the poet describes grief as embodied: "I know / neither how to hold you up nor where / to safely place you down." Revelation's uncanny comfort comes as the "process called trust / keeps happening."

Readers will observe Tong's lyrical kinship with poetic predecessors Emily Dickinson and Marianne Moore as she seeks to name and explain the inexplicable. Along the way, Tong turns to the visual art of Doris Salcedo, Alice Neel, Monica Cook, Joseph Cornell, and others to articulate absence through post-apocalyptic landscapes, lyrical hypotheses, and mysterious persona poems that make music more than they mourn: "You are everything / if not each moment before. O / transitivity. O verb waiting to be." Trust this poet and her collection to honor the lost and celebrate the living.