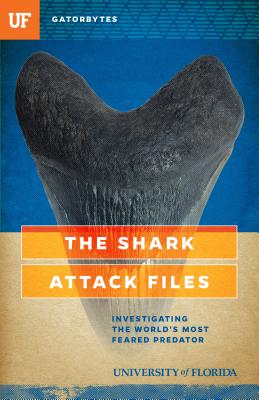 The University of Florida has an ambitious goal: to harness the power of its faculty, staff, students, and alumni to solve some of society's most pressing problems and to become a resource for the state of Florida, the nation, and the world.

In 1958, a panel funded by the Office of Naval Research initiated the formation of the International Shark Attack File, the first comprehensive documentation of shark attacks on a global and historical level. In 1988, the file was transferred to the Florida Museum of Natural History at the University of Florida. It is part of the Florida Program for Shark Research, directed by George H. Burgess, the planet's expert on shark attacks, and staffed by a world-renowned team of research scientists and educators.

Travel the globe with Burgess, the Sherlock Holmes of shark attacks, as he studies mauled remains and the scars of the lucky survivors. His most famous case took him to an idyllic Red Sea resort where panic had set in after five attacks occurred in a single week. The attacks were carried out by Oceanic White Tips and a Mako, deep-water species that had no business being so close to the beach. Following the clues--dive-boat operators feeding sharks by hand to entertain tourists, the disappearance of the yearly tuna catch, and the dead sheep New Zealand cargo companies had been tossing overboard--Burgess solves the mystery of the shark attacks for Egyptian tourism officials and offers a list of best practices.

But not all cases end with an easy prescription. In St. Petersburg Beach, Florida, he visits a recent shark-attack victim, bitten just off her dock on Boca Ciega Bay. While the victim would prefer to forget the fateful day the sharp-toothed jaws of the Bull Shark latched onto her leg just below the knee, Burgess gently coaxes the story from her. It will go in the file, to educate other shark researchers and educators and help us better understand the world's most feared predator.

The stories chronicled in Gatorbytes span all colleges and units across the UF campus. They detail the far reaching impact of UF's research, technologies, and innovations--and the UF faculty members dedicated to them. Gatorbytes describe how UF is continuing to build on its strengths and extend the reach of its efforts so that it can help even more people in even more places.