The Mean Bone in Her Body (Paperback) 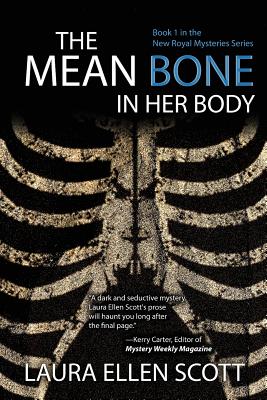 Jeaneane Lewis is a disturbed graduate student in a crime writing program who makes a grisly discovery: in the heart of the college/prison town of New Royal, Ohio, a military widow and her two small children lay dead in a frigid garden pond, watched over by a shivering, ex-cadaver dog named Daddy. The murders go unsolved, but Lewis manages to publish a vivid account of her experience before she falls prey to years of writer's block and drug addiction that make her a terrible student but an acceptable assistant to the most unpopular professor in the program, Elizabeth Murgatroyd.

Just before Lewis is kicked out of NRU, Murgatroyd's one-night stand with a stranger yields a shocking revelation--not only is he the killer, but Lewis' story is a complete fabrication. Though shaken by the encounter, Murgatroyd means to keep the killer's secret until she can write an article of her own. With the help of an ex-con named Crocus, the Professor takes a closer look at the murders that have come to define New Royal, though first she must explore the twists and turns of Lewis' grim past.