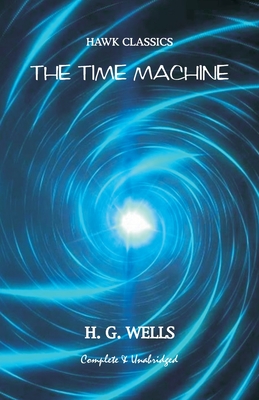 The Time Machine is an account of a Time Traveler, an unnamed Victorian scientist who travels into the future, to the year 802701 and the story that launched H.G. Wells's successful career. With a speculative leap that still fires the imagination, Wells sends his brave explorer to face a future burdened with our greatest hopes and our darkest fears. A pull of the Time Machine's lever propels him to the age of a slowly dying Earth. There he discovers two bizarre races - the ethereal Eloi and the subterranean Morlocks -who not only symbolize the duality of human nature, but offer a terrifying portrait of the men of tomorrow as well. The novel is considered one of the earliest works of Science Fiction, it has since been adapted into many feature films and television series and has inspired many more works of fiction.

H.G. Wells was a writer of science fiction works - including 'The Time Machine' and 'War of the Worlds' who had a great influence on our vision of the future. He was born in England in 1866. His first novel, The Time Machine was an instant success and Wells produced a series of science fiction novels which pioneered our ideas of the future. His later work focused on satire and social criticism. In today's world he is best known as "The Father of Science Fiction".