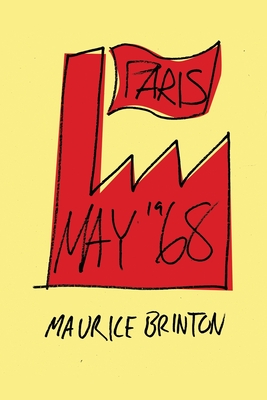 By Maurice Brinton, Gus G (Arranged by), Rhiza (Cover Design by)
$8.00
Not available

This is an eye-witness account of two weeks spent in Paris during, May 1968. It is what one person saw, heard or discovered during that short period. The account has no pretence at comprehensives. It has been written and produced in haste, its purpose being to inform rather than to analyse - and to inform quickly.

The French events have a significance that extends far beyond the frontiers of modern France, They will leave their mark on the history of the second half of the 20th century. French bourgeois society has just been shaken to its foundations, Whatever the outcome of the present struggler we must calmly take note of the fact that the political map if Western capitalist society will never be the same again. A whole epoch has just come to an end: the epoch during which people couldn't say, with a semblance of verisimilitude, that 'it couldn't happen here'. Another epoch is starting: that in which people know that revolution is possible under the conditions of modern bureaucratic capitalism.

A full analysis of the French events will eventually have to be attempted, for, without an understanding of modern society, it will never be possible consciously to change it. But this analysis will have to wait for a while until some of the dust has settled. What can be said now is that if honestly carried out, such an analysis will compel many orthodox revolutionaries to discard a mass of outdated slogans and myths to reassess contemporary reality; particularly the reality of modern bureaucratic capitalism. its dynamic, its methods of control and manipulation, the reasons for both its resilience and its brittleness and - most important of all - the nature of its crises. Concepts and organizations that have been found wanting will have to be discarded. The new phenomena (new in themselves or new to traditional revolutionary theory) will have to be recognised for what they are and interpreted in all their implications, The real events of 1968 will then have to be integrated into a new framework of ideas, for without this developmental revolutionary theory, there can be no development of revolutionary practice - and in the long run no transformation of society through the conscious actions of men.