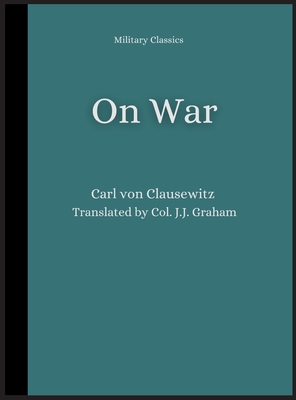 Available to Order. Arrives from Warehouse in 1-3 weeks.
Non-returnable item. All orders are final sale.

On War is a book on war and military strategy by Prussian general Carl von Clausewitz (1780-1831), written mostly after the Napoleonic wars, between 1816 and 1830, and published posthumously by his wife Marie von Br hl in 1832. Clausewitz had set about revising his accumulated manuscripts in 1827, but did not live to finish the task. His wife edited his collected works and published them between 1832 and 1835.