A feminist comic by female creators! A mysterious and bloodthirsty matriarchal force runs the town of Redlands, Florida, and in order to stay on top, sacrifices must be made. Inspired by the strange complexities of real-world politics and crime, the characters of Redlands play victim and villain, attempting to understand themselves and others through murder, magic, and mayhem. This special edition will have an exclusive cover and be signed by BOTH creators!

About the creators: Jordie Bellaire is a two-time Eisner winning colorist for acclaimed projects such as Vision, They’re Not Like Us, Pretty Deadly, Injection, Autumnlands, as well as mainstream hits like Batman, Deadpool, Moon Knight, and Hawkeye. She is writer and co-creator with artist Vanesa R. Del Rey on the ongoing Image Comics series Redlands. She lives in Ireland with her famous cat, Buffy.

Cuban artist Vanesa R. Del Rey began her career doing concept art for animation. Her work in comics has been described as dark, gritty and mysterious with great dominance of figurative work. She has illustrated Scarlet Witch, Spider-Women Alpha, and Daredevil Annual (2016) for Marvel Comics. Redlands, co-created with Jordie Bellaire is her first creator-owned series with Image Comics. She currently lives and works by the beach in Miami, FL. 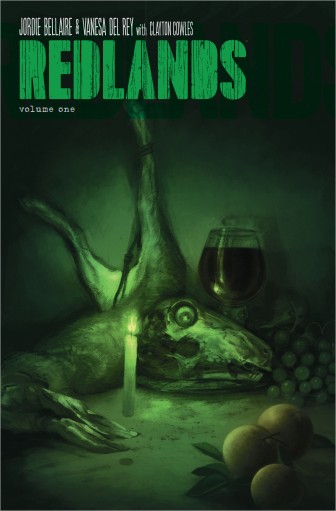